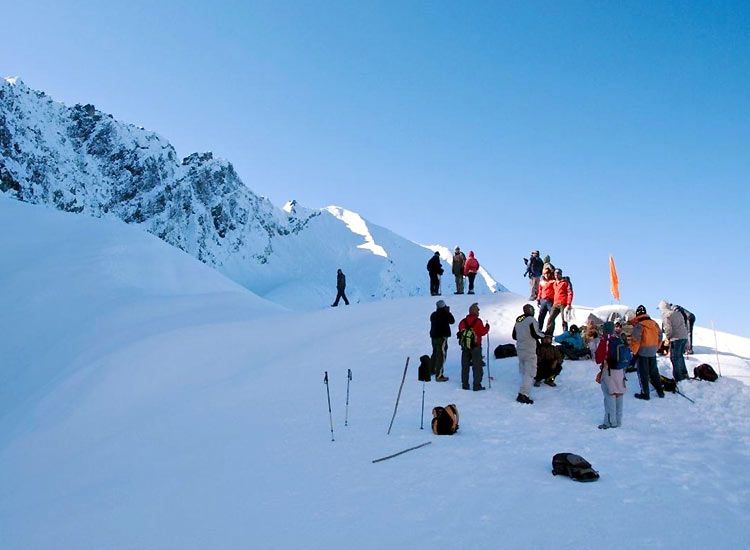 It was a dream mountain for me since college – that was 10 years ago already. Mt. G2 is every Pinoy Mountaineers dream mountain – and on my case, I waited for 10 years for my turn, for my right time and I think I had the right one. I experienced a clearing above, I didn’t suffer so much pain and difficulty climbing since I was disciplined when it comes to my preparation, we had good weather and saw tooth shown its magnificent beauty to us. This journey is not just conquering the summit of G2 but same time conquering my fear traveling via sea. This climb was worth all the effort, money, and absences from work. This mountain is claimed to be one of the most difficult to climb as per seasoned mountaineers – but then I think there are lot of factors to consider when we say difficult. Did we prepare for this hike? Proper preparation could make a big difference for every hike. Weather is also a big factor that will determine difficulty but then everything depends on your physical, emotional and mental preparation.
A dream come true for me, it was my dream since I was college. I never had the chance to join my batch mates when I was still in college because I don’t have even enough even for my daily allowance, how can I afford 6,000? I still hoped and promised that someday I will have my right time and that someday I can climb whatever mountain I wanted once I’m permitted with time, money and of course physical fitness. We always wanted to exceed and raise the bar once we have fulfilled the previous target, like that of learning we wanted to always excel and step up the next ladder. If hiking is your passion, there is always a hunger of going on and moving up to the next level.

The journey started from taking the bus bound to Batangas Sea Port and a 16-hour RORO ride to Cajidiocan in Sibuyan island part of Romblon Province. It was a very long travel, I didn’t sleep that much because of my fear of water. We were talking and later realized that we should have brought our books or laptop to kill our boredom. Good thing during our night time travel, we had calm seas, clear skies and enjoyed just watching people roaming around the cabin. We reached Sibuyan island and met our Guide Sir Remy, he is a very cool dude, he drives us to DENR for our permit, to Lambingan Falls for short swim, to market for our supplies procurement and finally to his home for our overnight stay. We started out hike at 5:30 am after getting enough sleep and rest. We passed by a series of river crossings for a 30-minute walk until we reached the foot of the mountain and ascend steep trail welcomed us. The trail is very straightforward – I mean it is a straight ascend to the peak without the right turn left turn on the slope of the mountain, the good thing here is shorter but steeper but then it was good enough so we can reach the campsite ahead of our schedule.
During the hike we experienced light shower that made the trek harder, we were wet and feel chilly but we kept moving since the more you take five the more it will get freezing. We continued moving until we passed by camp 1 and 2 and then we reached the helideck which is sign that we are almost near the camp 3 where we will spend the night. We reached the campsite after 6 hours of trekking. We need to get rest early to wake up at 2:00 am the following day for the final ascend. Alarm clocks resonated – and then another round of rang and everyone seems to have a good sleep, so I decided to wake up and prepare hot water for our noodles and coffee. We had our quick breakfast and started to ascend at 3:00 AM, the weather was good we had clear skies but the wind was so breezy and it was a chilly trek – so we kept moving and found out we were trekking through the very short and sheer slope of the mountain. We passed by the crash site where the private plane drip during the ’90s, it was only found after two years of search and rescue operations. Our second day lasted for 12 hours that includes photo ops of course and lunch. The challenging part of the 2nd day was the exposure of trail from the sun during our trek from Peak of Deception to Mayo’s peak. We almost run out of water for the group, according to guide water is available at Bulod’s Spring right after Mayo’s peak but we were unlucky enough to have even single drop. We were now all in a hurry because we only have limited water left for us and we haven’t taken our lunch yet. Water might have been fetched by the mountaineers camping in Mayo’s peak. So we have no choice but to hurry up and descend up to the river and the estimate is 4 hours’ trek – due to our thirstiness we did some trail run and lessen our break so we reached the river after 2.50 hours of trekking and trail run. I was partially injured and my knee was actually in pain, I was so slow at my pace and feeling disappointed for an hour so I was at the tail and have fear of being left behind, I feel defeated that I cannot go with the pace of the team. I took two pain reliever tablets, I tried to cope up with the team so I tried to run and realized that if I run the pain is actually just nothing – so I started running until I was able to reached them and have the same pace with them, Alaxan works well for me. Finally, we are now at 40masl at the river and 30 minutes more walk from the flat surface we will reach now the DENR where our certificate of accomplishment is waiting for us to be awarded. This has been my best climb so far seeing the beautiful landscape of Mt. Guiting Guiting is just an exceptional experience – it is known as one of the most difficult mountains and yes finally TravelPrince has conquered it. If I will be asked if I’m willing to go back – definitely the travel time is worth it – I will go back and beat the 18 hours by day hike. 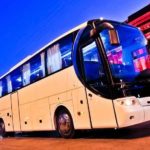 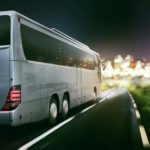 Welcome everyone to Travel Transport 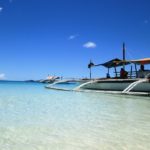 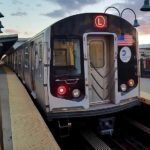 Worry where to stay? That’s not a problem for sure